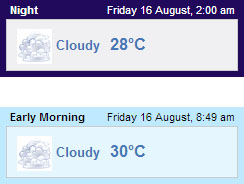 Under the Nguyen dynasty, Hue had been Vietnam’s feudal capital from 1802 to 1945. The ancient capital is well-known for its magnificent architecture represented by the citadels, palaces, royal tombs, pagodas and temples which are set in a poetic background by the romantic Perfume River (Huong River). Until now, Hue still remains much of its glorious past in daily routines, religion as well as traditional festivals. In 1993, Hue became Vietnam’s first World Cultural Heritage site recognized by the UNESCO. Today, tourists can visit a large number of tourist attractions which are the vestiges of the glorious past mentioned above. The listed below are among the worth-visit destination when you have chance to travel to Hue.The Imperial citadelThe citadel is 9,950 meters long in perimeter. It was constructed in 1805 by King Gia Long, on the northern bank of Perfume River. Originally, the main construction material of the citadel was soil; later, between 1818 and 1832, it was paved with a 2 meters thick layer of bricks in a French architecture style called Vauban. There is the Imperial Enclosure inside the Citadel (a citadel inside a citadel) with the perimeter of 2,450 meters, where the King carried out his official function and activities. The Imperial Enclosure has four gates. Ngo Mon Gate (Southern Gate), which is used as the main entrance, is the most famous one among the four gates. Within the area of the Imperial Enclosure is the Forbidden Purple City, which used to be the living quarters of the King. Comprising more than 100 building such as the palaces, temples, fortresses, etc., the Citadel is the most interesting place to visit in Hue.Museum of Royal RelicsThe beautiful hall which houses the Museum of Royal Relics was constructed in 1845 and restored when the museum was found in 1923. The house has 128 pillars and is a precious wooden construction of The Museum is a precious architecture construction of Hue’s architecture. Stepping into the area, tourists will be impressed firstly by the walls inscribed with 1000 poems written in Vietnamese script - chữ nôm. Most of the axhibits displayed inside the Museum resemble the characteristics left by the last Vietnamese feudal dynasty. The Museum displays daily utensils of the King and the Royal family (such as clothing, sedans, gongs, etc.) and other aesthetics decorative works of Hue. The Museum is opened daily from 6.30 am to 5.30 pm. Tourists can visit the Museum at No.3 Le Truc St.

The royal tombs complex in Hue comprises of eight tombs, which are the resting places of the Nguyen’s Kings. Tu Duc Tomb, Khai Dinh Tomb and Minh Mang Tomb are the three most well-known among these eight tombs. The construction of each tomb is really meticulous and was often started while the King was still alive. Most of the tombs face towards to south-west, where the Imperial City is situated. All tombs are unique in design and architecture style; however, most of them consist of two compounds. The first one is reserved for funeral services and the second one is the tomb proper. Despite such common features, each of the tombs possesses a distinctive configuration, which reflects the tastes and personality of a specific King. The tombs are opened from 6.30 am to 5.30 pm daily. (In winter: from 7.00 am to 5.00 pm)

Situated in the southeastern of Hue Citadel, Dong Ba Market used to be one of the most well-known commercial centers in Vietnam for more than 100 years. The market is built in 1899 and then was destroyed in 1968. After that, it was reconstructed in 1986 with total area of 5 hectares. Until now, Dong Ba market still remains all the typical features of a traditional Vietnamese market such as sampan landing, the bus station and the bazaars. It is the ideal place for snapshots of daily activities and for shopping as well. Tourists can buy many souvenirs there. Some special local products such as Hue sesame sweetmeat, conical poem hats are also sold there.

Thien Mu Pagoda was originally founded in 1602 by Lord Nguyen Hoang. The pagoda is built on a hillock overlooking the Perfume River. Its architectural structure is one of the most famous ones in Vietnam with 21 meters high octagonal tower, the seven-storey Phuoc Duyen Tower. The tower was built by King Thieu Tri in 1844 and had been considered the unofficial symbol of Hue. Lying on Ha Khe Hill, 7km from Hue, the pagoda can be reached either by car or by boat. Visitors often come here in late afternoon to enjoy the sunset on Perfume River and to attend the daily prayer session at 5.00 pm. The scenery of Thien Mu pagoda at sunset is truly peaceful and relaxed.

A visit to Hue would not be completed without a boat trip on Perfume River (Song Huong). The 100km-long Perfume River flows through many forests with aromatic plants before reaching Hue, bringing fragrance of tropical flora with it. That’s why it was named Perfume River. Taking a boat cruise along the River will provide tourists a general view of the daily life of Hue people. At night, the surface of Perfume River glistens under the moonlight and the folk melodies of Hue make the romantic river even more poetic and musical. Perfume River can be considered a beauty spot which creates the peaceful and tranquil beauty of Hue.